Mr T is 4 and half years old and, as a digital native, perfectly comfortable with most forms of technology.  Obviously, I am aware of some of the potential pitfalls of over-using technology, but there are also huge potential benefits beyond just being comfortable with phones and computers.  It probably all started as a baby with Skype chats and he learnt how to turn of the video.  By playing Minecraft together he has learnt a number of letters as I tell him which key to press.  He has learnt problem solving skills by learning for himself how to navigate around youtube by touching the screen.  He has become more independent by being able to use the remote control to get to the TV station he wants.

He has recently discovered Whatsapp and he was amazed.  He started by sending emojis to various people.  This started to get a bit out of hand so I set up a couple of groups that he was allowed to send images to.  These groups were made up of close family and friends who would understand it wasn’t me sending random pictures of cakes, swords and planes to them. 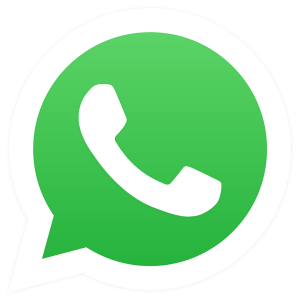 But emojis were good for only so long.  He has learnt how to take photos and send them, and then he surprised even himself when he accidentally shot a video.  For a while, the best thing in the world was to record what he was watching on TV and send it to one of his uncles.

He quickly discovered the ability to record short spoken messages and send them to people.  And even better was when they recorded their own messages to send back.  He has had up to 3 different conversations going on at the same time with people in various parts of the world.

The upshot of all this has been an increased willingness to speak English.  He wants to send messages to his Nana, Do Do and uncle in the UK, so has either asked me for a translation or just had a go at it himself.  The results are not always intelligible, but he is improving.

He also found out that he could use my phone to do Google searches by voice.  This has opened up a whole world of pictures of dragons, peregrine falcons and Harry Potter.  The voice search on Google isn’t always responsive to Mr T.  Sometimes he speaks too slowly, or he starts to talk before Google is ready for him.  Sometimes its his accent which can switch between Portuguese and English very quickly.  Sometimes it is just his own idiosyncratic way of saying things.  But this is all good as it is teaching him patience, perseverance and encouraging him to experiment with different ways of saying things.

It has also led me to turn on the child friendly search option and to start investigating other ways to protect him online if he is going to start being an independent user.  There are soon going to be conversations about how to protect himself and us, as well as attempts at rationing of screen time.  Just some of the pleasures of being a parent to a digitally literate 4-year-old to look forward to.

3 thoughts on “A Bilingual Child: Whatsapp and language use”

What’s it all about?

An expat living, working and bringing up a bilingual family in Curitiba, Brazil.
Follow @hoftheh